Ambitious Exploits: Drawing the Line Between Exploitation and Business 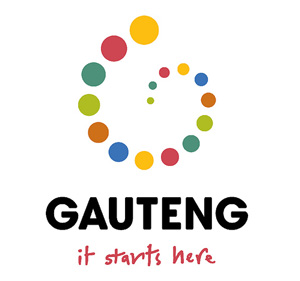 Gauteng is a strange place. I’m not sure if it is something in the air or in the water, but it seems like as soon as someone steps into Gauteng they are struck by ambition. Maybe it is ambition that drives people to Gauteng, but either way it has resulted in Gauteng being filled with extremely ambitious people.

Now don’t get me wrong, there is nothing wrong with ambition. It is the force that drives us forward and what makes this province the economic hub that it is. However, the mentality of “getting ahead no matter the costs” has created a culture. Perhaps you have seen it too – how people will dart through traffic for just a one-car advantage; or how they will try and sneakily leave the parking lot to avoid having to give a coin or two to the car guard.
We will buy something at the supermarket on the basis that it is one Rand cheaper than the next thing; but will then go and eat at the trendiest restaurant in town and short-tip the waiter. I am surrounded by this kind of behaviour all of the time and in many cases have been guilty of it myself.

Exploitation can take three forms: the act of 1) making someone worse off than they were before – of stealing something from them 2) not giving them benefits to the extent to which they deserve them, or 3) giving them something in exchange for money or services that is not as beneficial to them as they think it is. Each of these forms of exploitation is based on the unjust action of benefiting at someone else’s expense – which is wrong. Therefore, we can define exploitation in a broad sense as the act of using someone to serve your purposes and then not giving them what is fairly due to them in return.

It is however very interesting to observe that exploitation seems to fade from being clearly unacceptable in the instances of Human Trafficking, to gradually more justifiable as it takes the more mundane form of how we treat people in our daily lives. As we go through this process of justification, we somehow arrive at the thought that we simply can’t exploit people in our daily lives – that exploitation is some type of abstract social problem that is really detached from the world that we exist in right here, right now.

Exploitation is rampant in South Africa and particularly in Gauteng because there is a higher demand for employment than there is a supply of jobs. This means that employers hold a very desired commodity when they offer a job, and because of the strong demand, they can get what they believe to be “the best deal”. We see people negotiating wages and working hours to be just common business – and often it is. However, the line between hiring a person for fair wages and hiring a person for wages that are exploitative is often paper thin.

We say that we love justice and love to point out our desires for justice on televised murder trials and such things, but often we are the party who is denying justice to others. Unfortunately, the truth is that we have come to love exploitation. We see exploitation as an opportunity for personal gain. We see it as a “good deal” when we can hire a gardener or a builder for R50 a day. We make sure that our cleaning staff work as hard as humanly possible during the course of a working day to make sure that we get the best “value for money”. We pay our miners as little as legally possible to maximise our gains and fight as hard as we can to keep those gains.
What makes seeing the underpaying of workers as exploitation difficult, is that it seems to be a win-win situation: you as the employer can maximise your gains and the employee can have an income to feed their family. Therefore, after the employment negotiations, each party is better off than they were before. However, even though the employee is better off than what they would have been without the employment, they are not as well off as they ought to be. But unfortunately, the competition for employment is fierce…

Because of this, the job ends up going to the individual who is willing to allow themselves to be most exploited – which makes sense because to them it seems better than the alternative of having no employment at all.
What we often forget is this: to the employer, paying a worker an extra R50 a day will not be nearly as detrimental to their pocket as it will be beneficial to the employee. You’re withholding it so you can comfortably afford an extra latte or a car with leather seats – while they are in desperate need of it to feed their family or pay for their child’s education.

Giving a person dignity and a fair shot at success is really not as costly to us as we may think. We need to embrace the fact that this is what we do whether we like it or not. We do exploit and we do try and cut corners – and we need to stop. If we want to be a just society where the poor are afforded their dignity, we need to stop taking the gains that are due to them. This is a not an impossible request, and the difference that it will make to the people you encounter in your daily life will be profound. Let’s make Gauteng a place that is known for both ambition as well as valuing people.