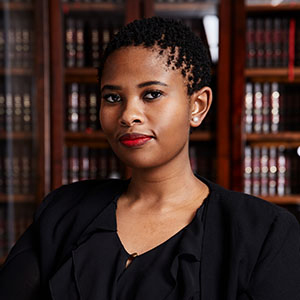 Palesa is an advocate based in Johannesburg. She obtained her LLB and LLM degrees at UFS and was admitted as an advocate at the age of 24 and has also been admitted to the Johannesburg Bar, where she currently holds Chambers.
Over the past decade, Palesa has started and chaired various organisations fighting domestic violence and human trafficking, and possesses vast knowledge in these specific areas.
She was chosen and sponsored by the United Nations (UNESCO) to take part in discussions on human rights issues in Saudi Arabia in 2017.